NOTE: This post is part 3 of a series on developing and deploying cross-platform web apps with ASP.NET 5:

Docker is a technology for Linux that enables you to deploy applications inside of containers, which are analogous to virtual machines, but which are much more lightweight because multiple containers on a VM all share the same operating system and kernel. 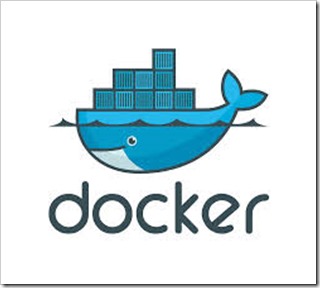 While lightweight containers are a cool idea, what makes Docker a killer app is that docker images are built from a simple script, called a DockerFile, that can be layered on top of other definitions and which lists all the components needed to run your application.  Images based on a Dockerfile can be pushed to an online repository called Docker Hub, where they can be built automatically whenever commits are pushed to a linked repository on GitHub.  And it’s super easy to pull images from Docker Hub and run them on a Linux virtual machine, either locally or in the cloud.

In this post I’ll describe how to deploy an ASP.NET 5 app to a docker container running on a local virtual machine with Linux Ubuntu.  Note that you’re not actually going to install ASP.NET 5 directly on the virtual machine.  Instead, you’ll build a docker image that already comes with ASP.NET 5.  Virtualization software, such as Parallels, allows you to create a number of snapshots, so that you can easily revert the VM to an earlier state.

First you’ll need to install Docker on your Ubuntu VM.  We’ll install it from its own package source.  Just open a Terminal and paste the following commands, one by one.

To verify the Docker installation, enter: docker –version. You should see the Docker version and build number.

For convenience you’ll want to set things up so you don’t have to prefix docker commands with sudo for elevated privileges.

To verify docker root privileges enter: docker run –help.  Then just to be sure all is well, you can run the docker hello-world image, which will pull down and run a basic image from Docker Hub.

You should see the following output in the Terminal.

You can then “dockerize” the Hello World ASP.NET 5 console app.  Start by creating a ConsoleApp directory and placing there two file from the AspNet Console sample repo on GitHub: project.json and program.cs.  In this same directory, create a file called DockerFile, with the following content:

Open a Terminal at the ConsoleApp directory and execute the following command (remember to include the trailing dot):

You can verify that the container exists by entering: docker images.

Lastly, run the container.  You should see “Hello World” printed to the Terminal window.

Console apps are well-suited for running tasks on a server, but more often you’ll use ASP.NET 5 to run web apps. The AspNet repo on GitHub has a HelloWeb sample, where you can grab two files: project.json and startup.cs.

Open a terminal at the WebApp directory and build the docker image.

Then run the container, indicating with the –d switch that you want a daemonized app running in the background that does not interact with the Terminal.  You’re also mapping the VM’s port 5004 to that of the container.

This will execute the container entry point, which is to start the Kestrel web server on the indicated port.  You’ll get back a container id, a big long number which you can use to see the log output.  This will display log messages, including runtime error information.  You can also verify that the container successfully started by entering docker ps, which lists running containers.

Open a browser and enter the address: http://localhost:5004.

4 Responses to Deploy ASP.NET 5 Apps to Docker on Linux