Now is a Great Time to Learn TypeScript

Today I am pleased to share some exciting news.  I just finished authoring a new 5-day course on TypeScript!

It is timed to coincide with the 2.0 release of TypeScript, a relatively new programming language designed to make JavaScript strongly typed and more capable of supporting large-scale web applications.

I authored the course for Global Knowledge, an IT training company that in 2015 acquired DevelopMentor, a developer training company where I authored and taught courses in C# and .NET since 2006.  The course represents the culmination of a four-month odyssey, in which I not only had to grok TypeScript grammar and syntax but also mastered an entirely new technology stack and toolchain.

Here is a list of topics included in the course:

While performing the herculean task of creating a 5-day class with slides, labs and numerous demos, I have to say I thoroughly enjoyed the process of adding a new weapon to my arsenal as a software developer and the chance to venture off in an entirely new direction.  So I thought I would take this opportunity to put together some thoughts about why I think this is a great time to learn web development with TypeScript — and at the same time plug my new course. 🙂

One motivation for me to pick up JavaScript (of which TypeScript is a superset) is that we no longer live in a world in which Windows is dominant, and JavaScript can be used to write apps for more than just web browsers — you can use it to write desktop and mobile applications, as well as backend services running in the Cloud.  It has unwittingly become one language to rule them all.

Secondly, web development has matured to the point where it is possible to write an app that has nearly the same interactivity and responsiveness as a traditional desktop application.  One of the reasons I previously gravitated toward WPF (and unconsciously drifted away from ASP.NET) was that desktop and native mobile apps seemed to offer a more fluid user experience where you could work with data locally without having to continually refresh the screen from a remote server.

All that has changed with the advent of SPA’s (Single Page Applications), where turbocharged JavaScript engines quickly render rich, interactive web pages.  It’s the perfect time to build SPA’s because second generation frameworks have emerged that take web development to a whole new level and implement the MVVM (Model-View-ViewModel) pattern (or some MV-* variation), providing benefits such as better separation of concerns, testability and maintainability.  Frameworks like Angular, Aurelia and React–Redux also provide tools for quickly scaffolding new applications and preparing them for production.

TypeScript has emerged as the language of choice for building many of these kinds of modern web apps, because its strong-typing enables features we’ve come to take for granted, such as interfaces and generics. It also provides things most developers couldn’t think of doing without, such as intellisense, statement completion code refactorings.  And TypeScript’s popularity received a shot in the arm from the Angular team at Google, which is using it to build Angular.  In addition, most of their tutorials are written in TypeScript.

JavaScript Has Grown Up

In 2015 JavaScript had its most significant upgrade since it was created in 1995 by Brendan Eich in a 10-day hackathon.  With the release of ECMAScript 2015, JavaScript received a slew of new features, many of which classical languages, such as Java and C#, have had for years.  These include classes, inheritance, constants, iterators, modules and promises, to name a few.  TypeScript not only includes all ES 2015 features, but it fast-forwards to future versions ECMAScript by supporting proposed features such as async and await operators, which help simplify asynchronous code.  TypeScript lets you use advanced features of JavaScript by transpiling down to ES5, a flavor of JavaScript compatible with most browsers. 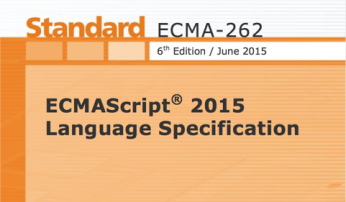 When you put modern JavaScript together with TypeScript, you get a powerful combination that gives you just about everything you might want for building SOLID applications that can run in the browser, on the server or on mobile and desktop platforms.

The nice thing about TypeScript is that you’re free to use whatever tool you like, from a full-fledged IDE like Visual Studio or Web Storm, to a lightweight code editor, such as SublimeText, Atom, Brackets or Visual Studio Code.  While there’s nothing wrong with any of these options, I prefer using VS Code for TypeScript development, because it comes with TypeScript in the box and the team eats their own dogfood by using TypeScript to build the editor.

Coming from a C# background, where I was confined to using Visual Studio on Windows with its enormous overhead, I can run code editors such as VS Code on my Mac, giving me one less reason to fire up a Windows VM.  VS Code starts quickly, and I can open it at a specific folder from either the Finder or Terminal.  I also found navigation in VS Code to be straightforward and intuitive, and you can perform many tasks from the command palette, including custom gulp tasks.  VS Code functions as a great markdown editor with a side-by-side preview that refreshes in real time as you make changes.  It has Git integration and debugging support, as well as a marketplace of third-party extensions that provide a variety of nifty services, such as TypeScript linting and Angular 2 code snippets.  Put it all together, and VS Code is a perfect fit for TypeScript development.

One of the most compelling reasons I can think of for picking up TypeScript is that it’s the brainchild of the same person who created C#, Anders Hejlsberg, who in a prior life also invented Turbo Paschal and Delphi.  Having such an amazing track record, I have a high degree of confidence in following him into the world of web and native JavaScript development, where he has made it possible to be more productive and write code that is more resilient because the TypeScript compiler is able to catch problems at development-time that would otherwise only become apparent at runtime.

Lastly, it’s significant that Anders did not choose to create a language that is not JavaScript, such as CoffeeScript, but rather one that includes all of JavaScript with optional type annotations that disappear when TypeScript is compiled down to plain old JavaScript.  In fact, all JavaScript is valid TypeScript, and you can put in annotations or leave them out wherever you like, giving you the best of both dynamic and static typing.  In other words, TypeScript does not impose itself on you or dictate that you follow any of its prescriptions.

To conclude, this is a great time for learning TypeScript, even if you don’t know much about JavaScript, because the two are mostly one and the same, except for extra features designed to make your life easier and that allow you to write JavaScript programs capable of growing over time without becoming too unwieldy.  This frees you to concentrate on learning JavaScript frameworks, such as Express and Angular, that empower you to build RESTful web services and modern client applications.

2 Responses to Now is a Great Time to Learn TypeScript